The morning after we drove the Parkway, we woke up and headed to Maligne Canyon, and Medicine and Maligne Lakes. Maligne Canyon is deceptively long- I think it would be awesome to go back with two vehicles and do the entire thing from top to bottom. Like everything else in Jasper, it is absolutely incredible. I was itching to get into that slot and do some rappelling! 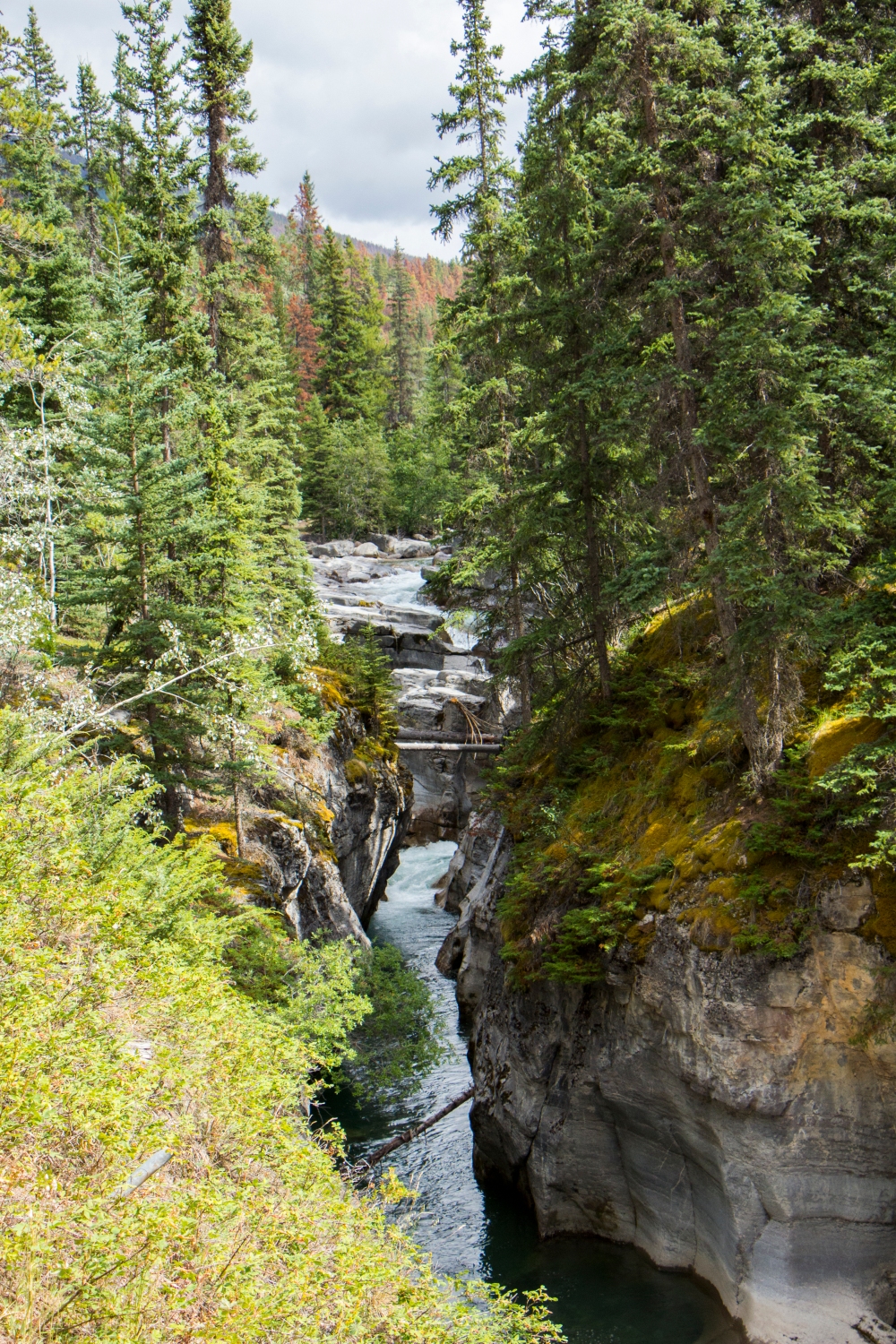 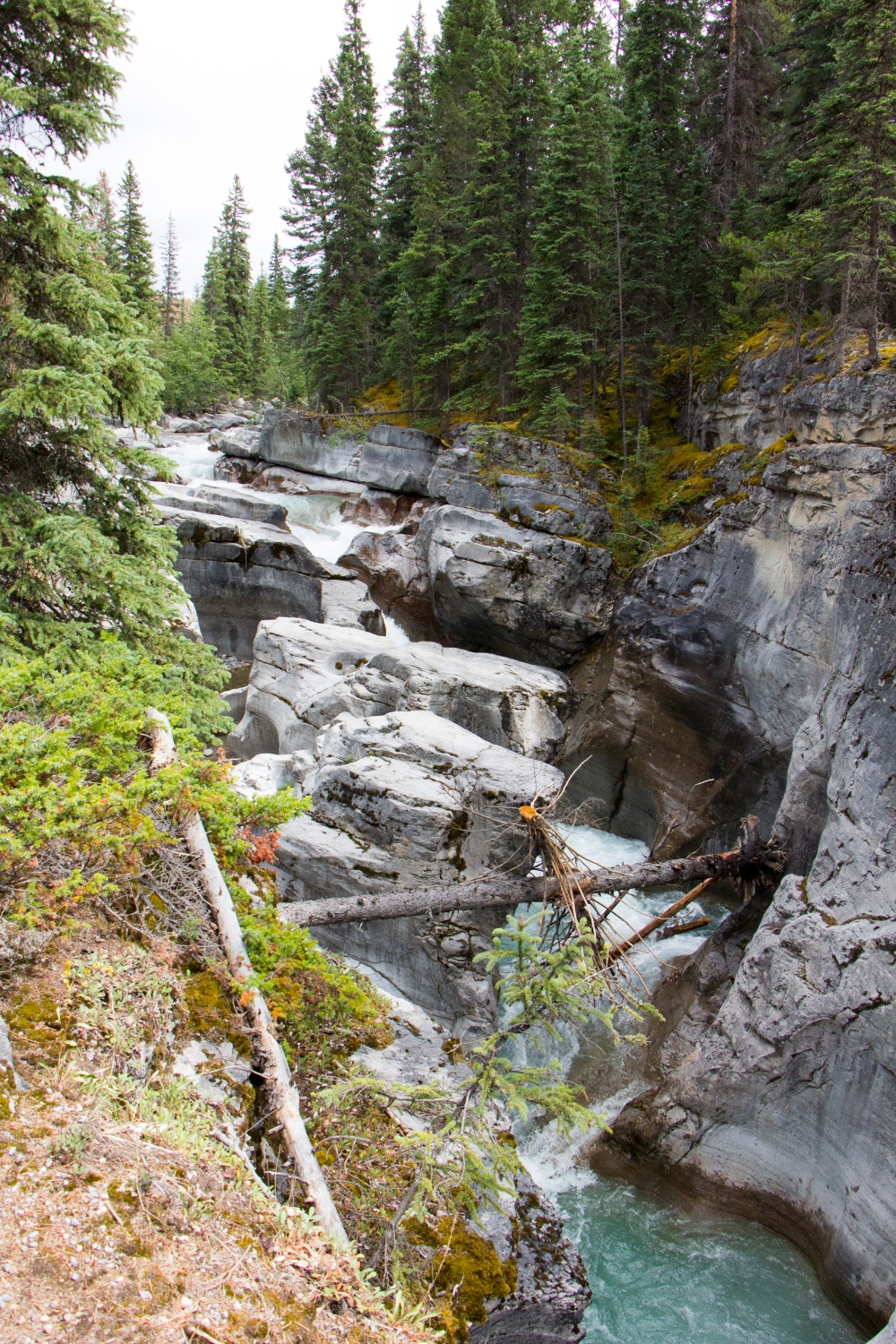 Next on the itinerary was Medicine Lake. It was a bit of a gloomy day, but wow, the clouds gave the mountains this moody quality that I was dying over. There was lots of humming of “The Misty Mountains,” which probably drove Brady crazy, but he knew who he married. 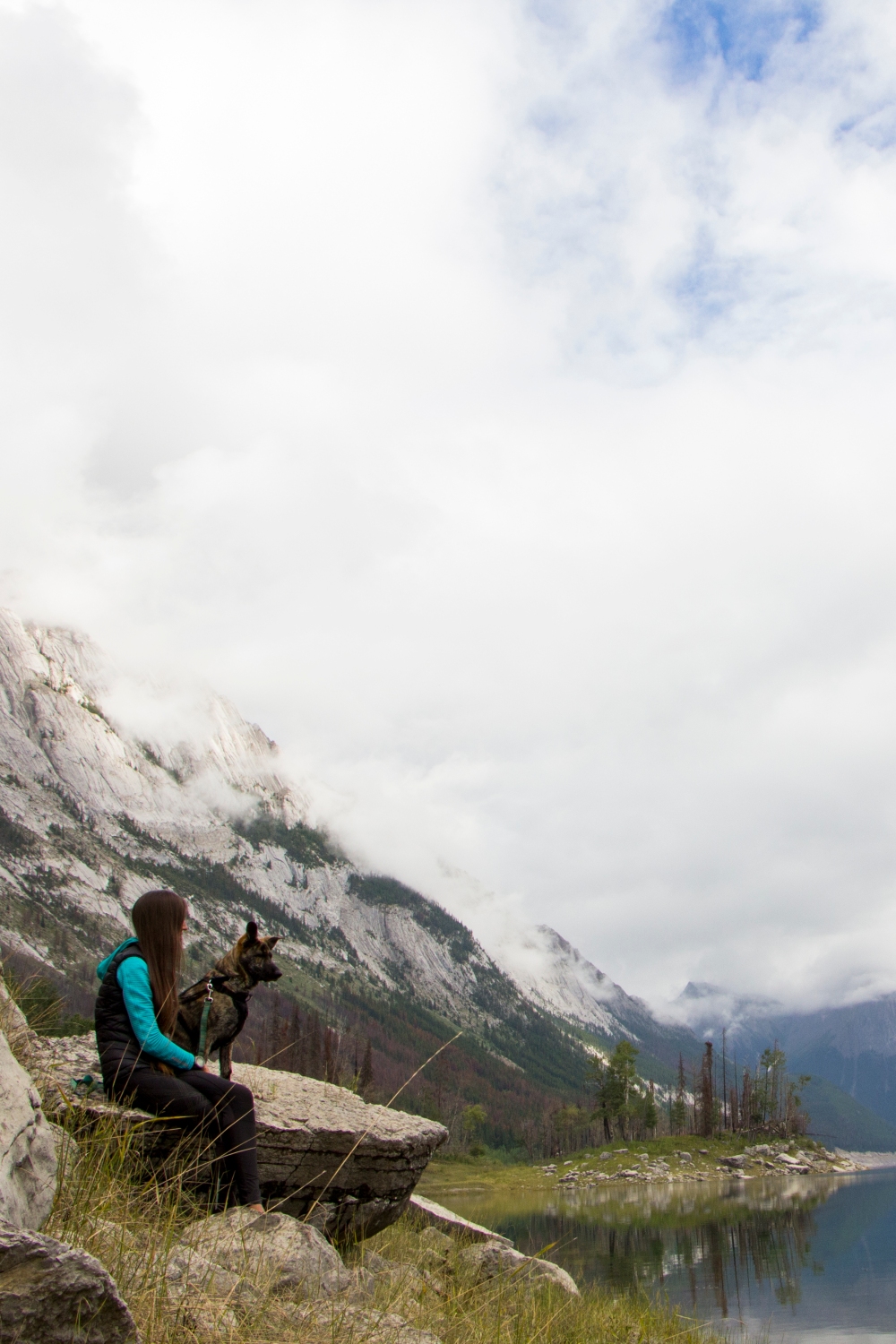 After that, we headed to Maligne Lake. Oh, goodness, how I wish we could have multiple days here. We’re definitely coming back and spending a couple of nights in the boat-accessed backcountry campsites. I couldn’t stop dreaming and scheming while there. 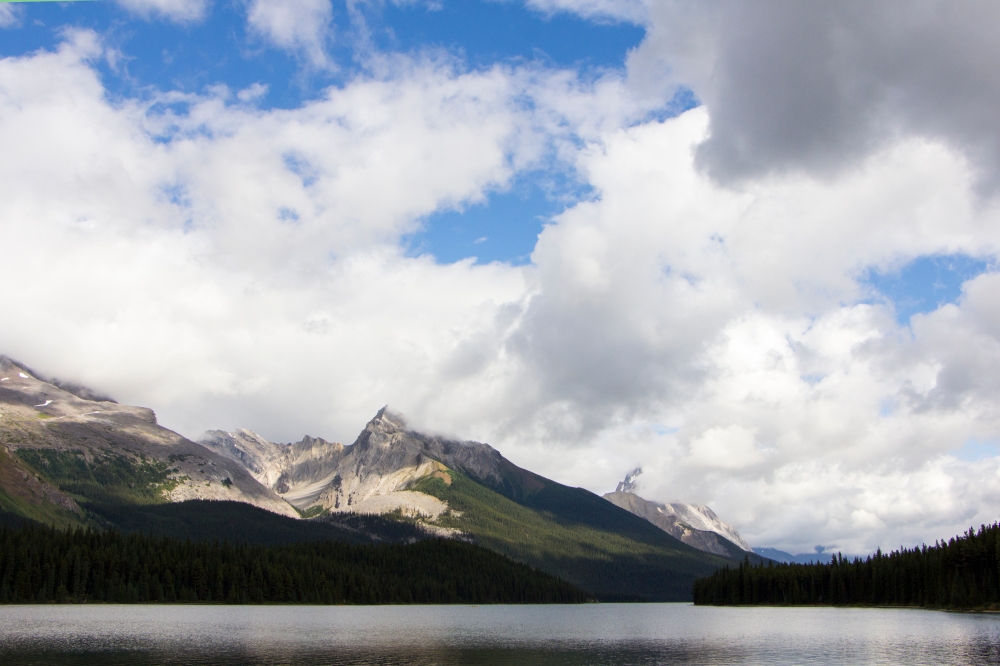 The next morning we slept in a bit, took showers, and headed out. We were a little disappointed to learn that the highway through Kootenay National Park was still closed (there was an enormous fire that had left the road closed pretty much the entire time we were there, mostly due to poor visibility rather than proximity to the road- we really need to stop going on road trips in August!), but the alternative route took us to a waterfall I’d been wanting to check out anyway, so my disappointment was pretty minimal. Plus, we got to drive the Icefields Parkway the whole way back, which would have made up for any disappointment! 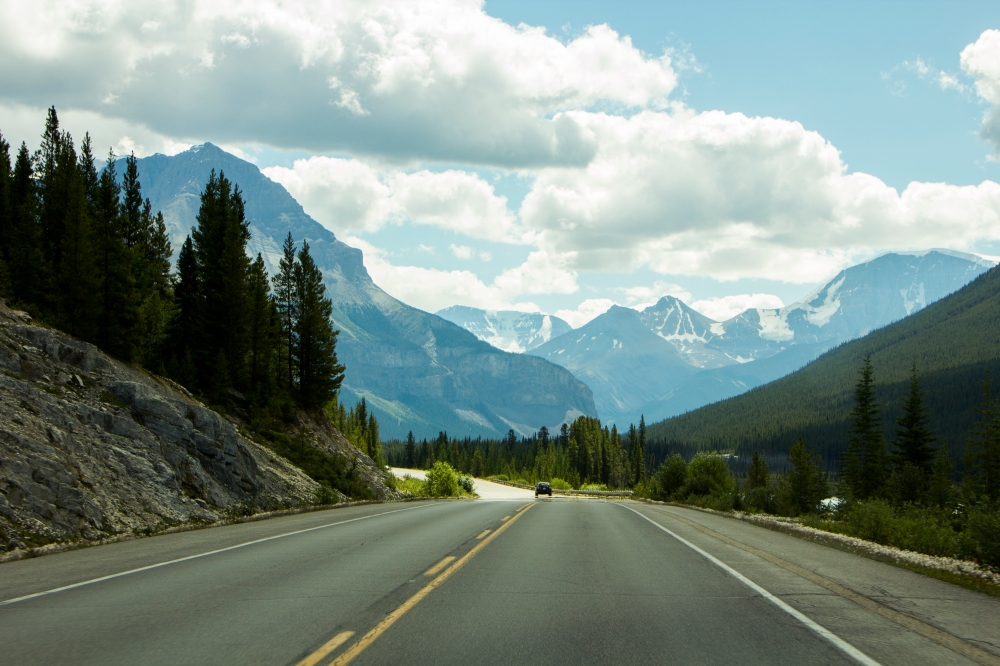 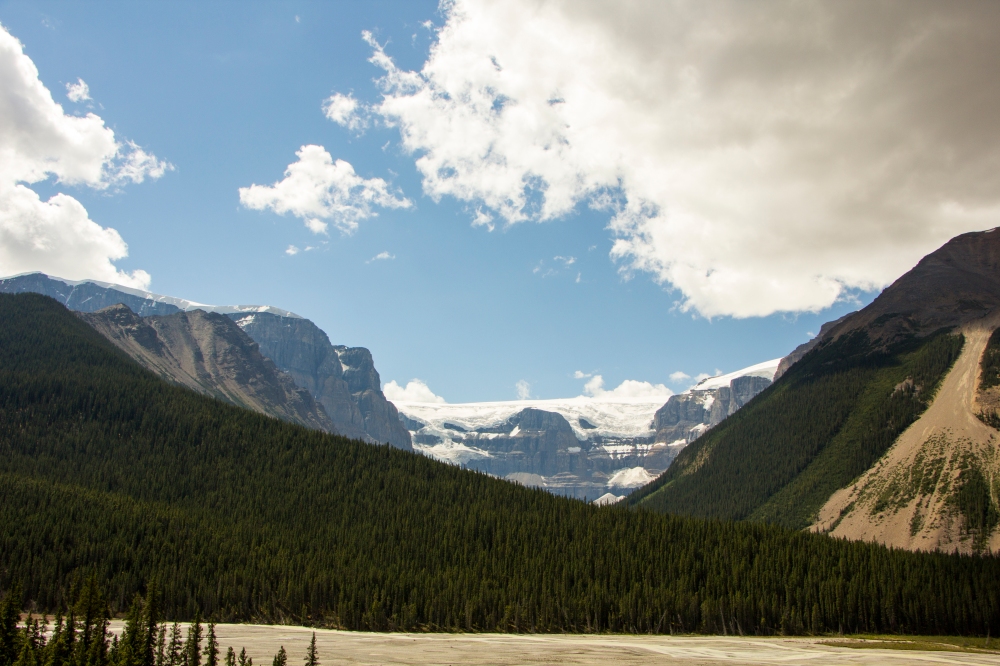 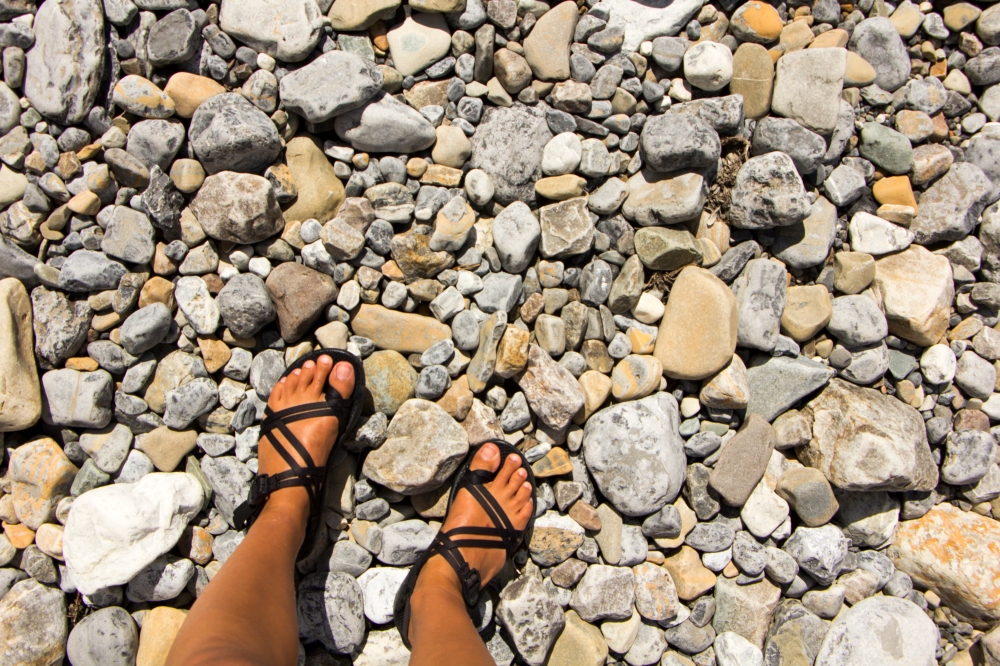 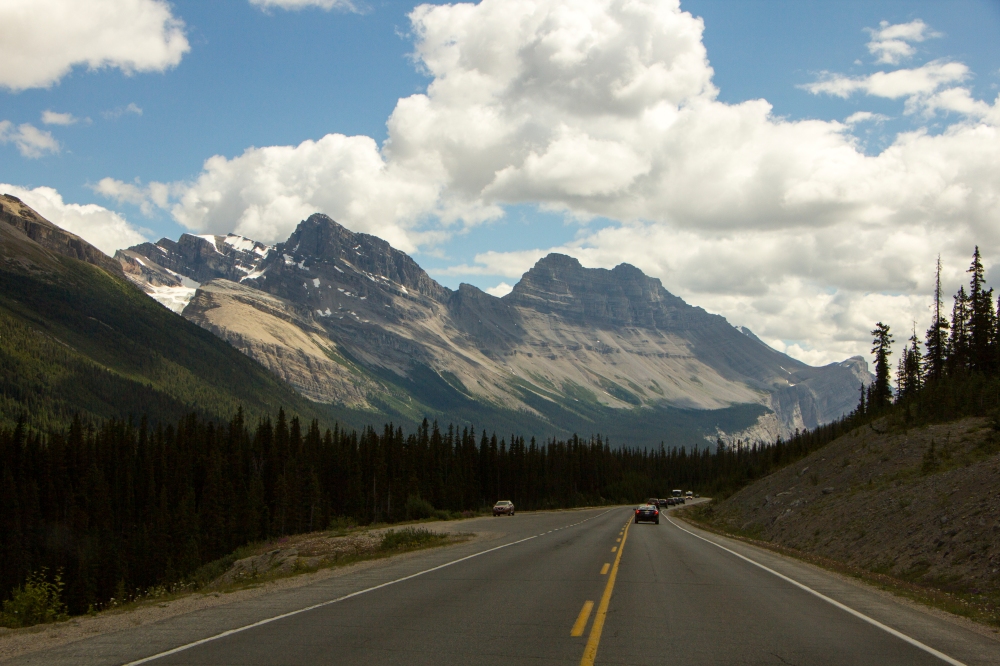 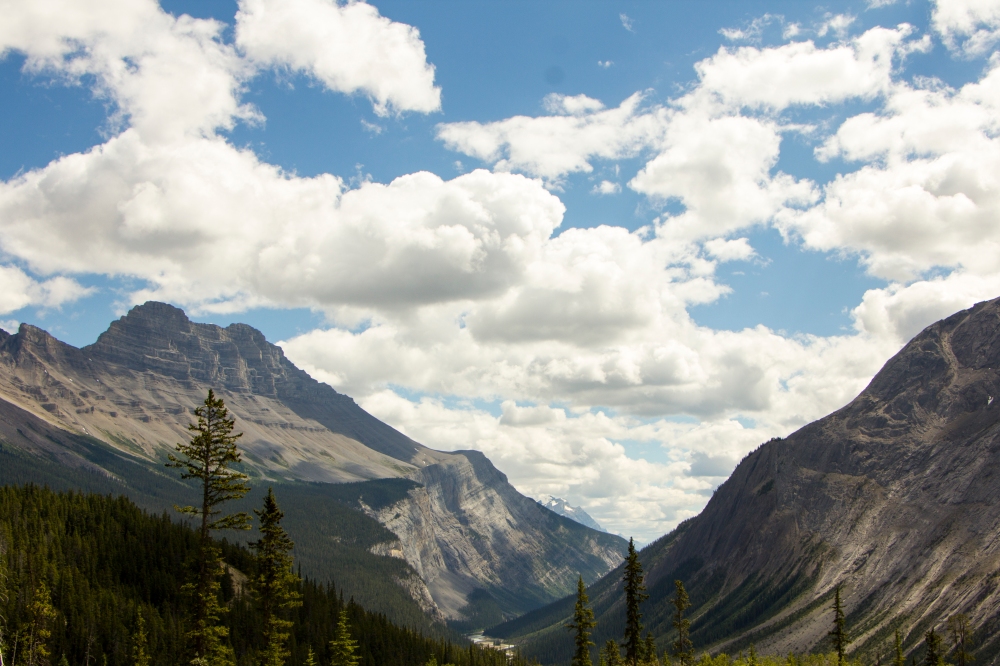 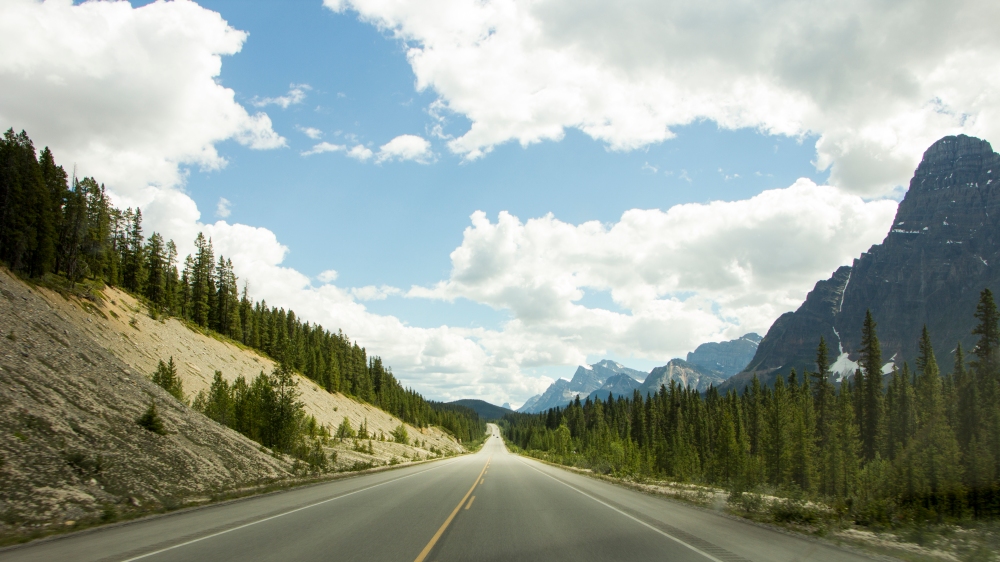 We made a little stop at Bow Lake to stretch our legs and let the dog get some wiggles out. It was gorgeous- that lake is so vivid, it is almost beyond belief. We were pretty disappointed though, there were two dogs just running around off leash who were not particularly well behaved, and we never saw or heard an owner. At one point we heard someone whistle, which sent them running, but they promptly returned to pester Teddy (have you ever had your dog try to wrestle and play while on leash? It’s… not particularly enjoyable) and one of them pooped in the lake. I try not to be one of those judgey dog owners, but it was really frustrating- that’s the kind of behavior that gets dogs banned from the parks like they are in the US. One of the biggest perks about Canadian national parks is that dogs are allowed on most trails ON LEASH, and all it takes is one bad dog owner to ruin it for everyone else. It’s probably good that we never saw an owner, because I probably would have caused a scene chewing them out. Irresponsible dog owners upset me more quickly than almost anything else on the planet. Be a good steward of the earth, and your pets! 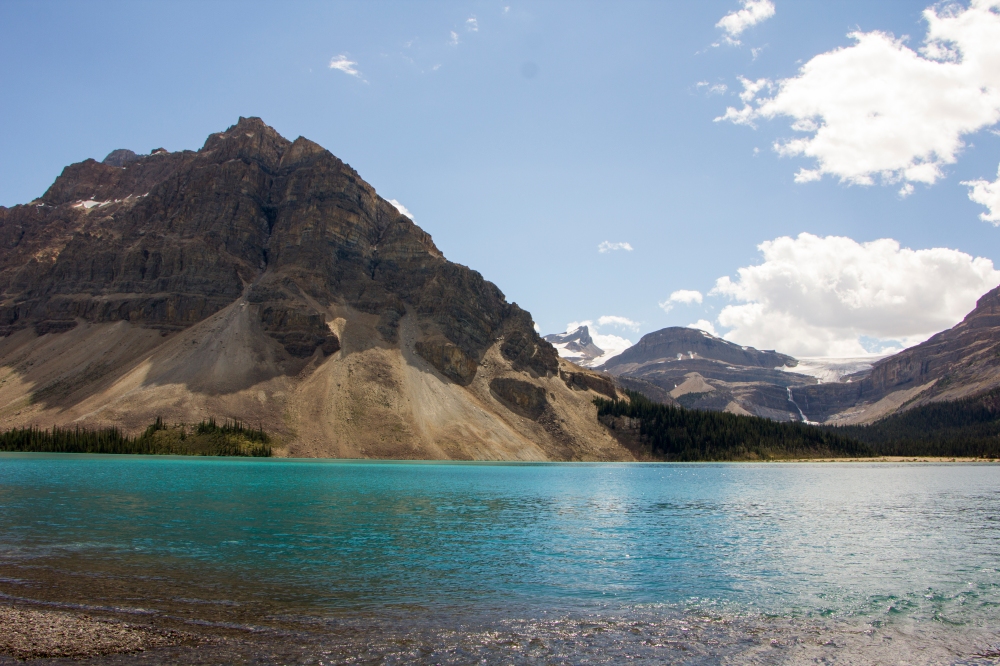 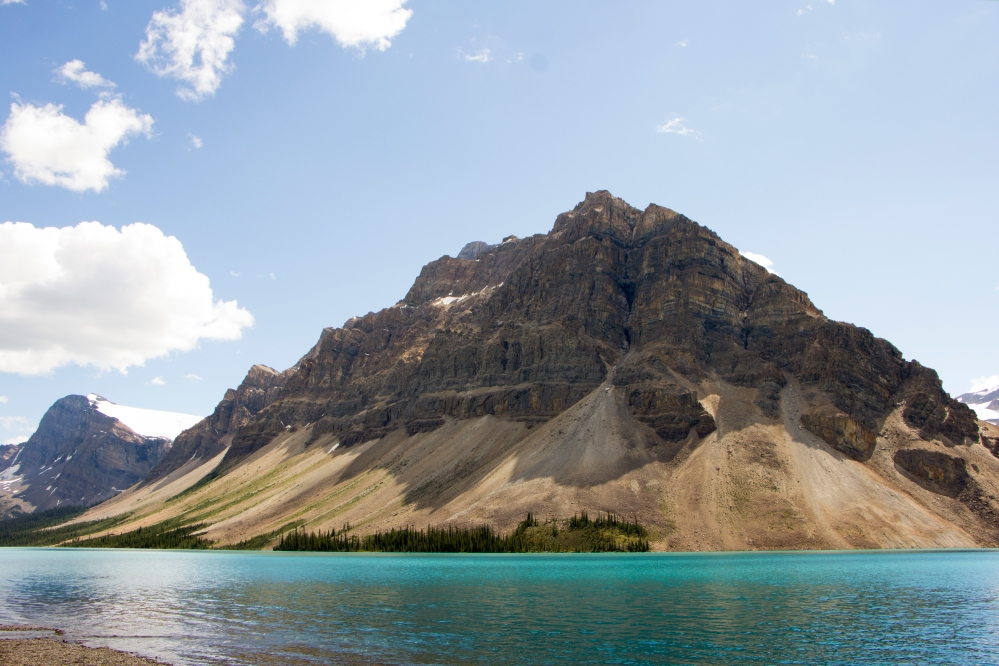 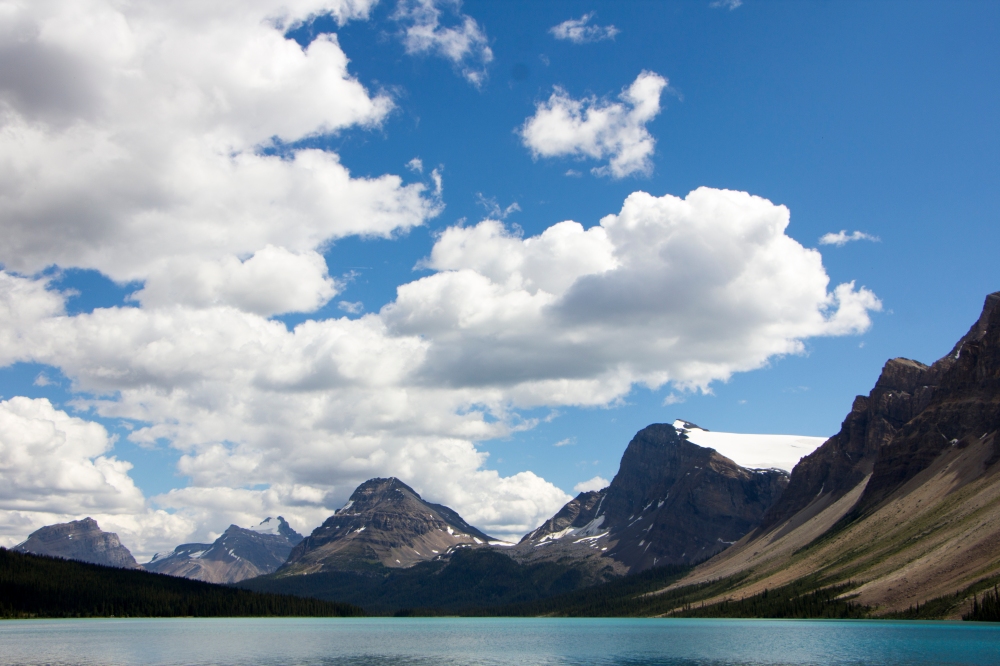